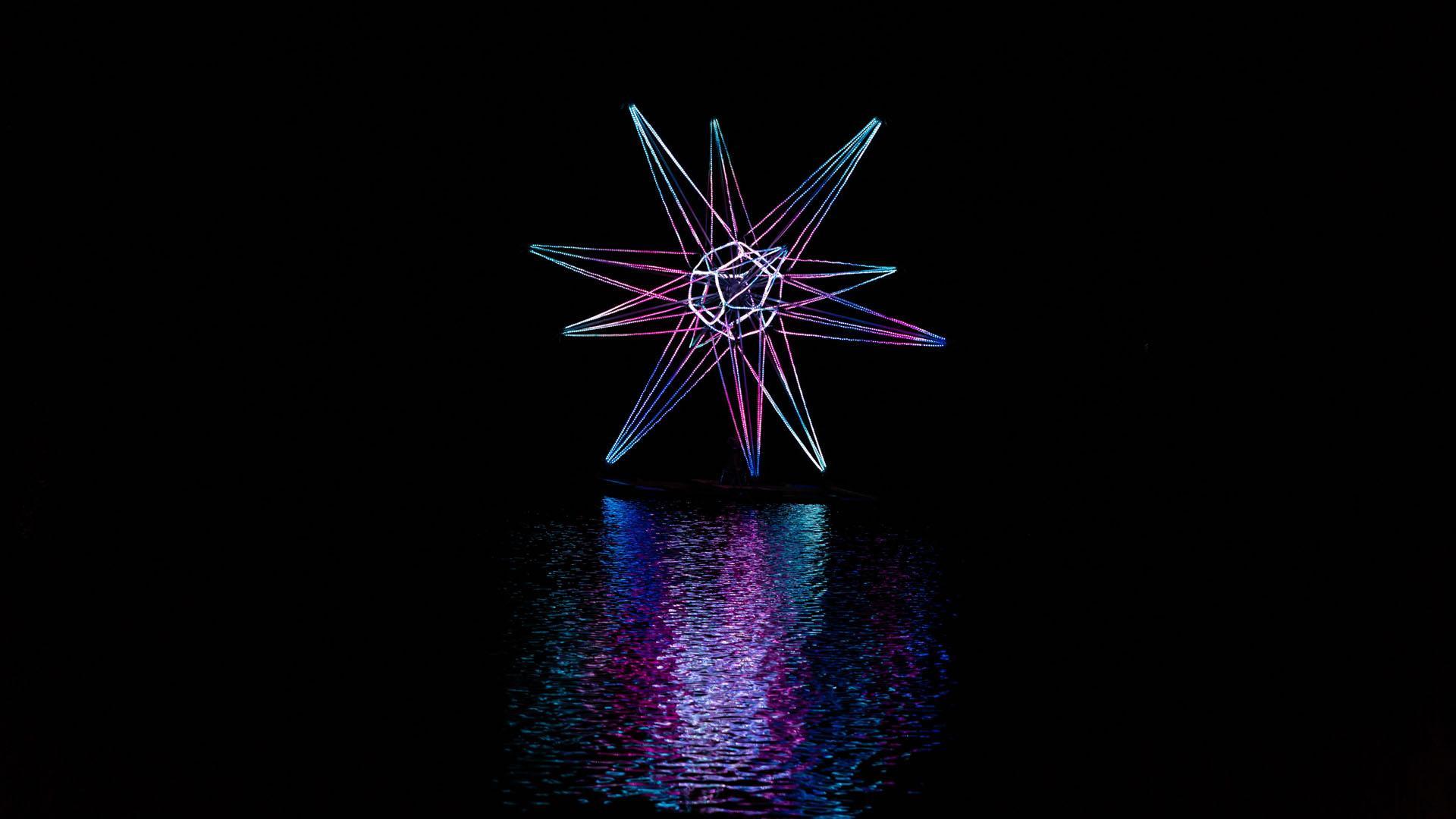 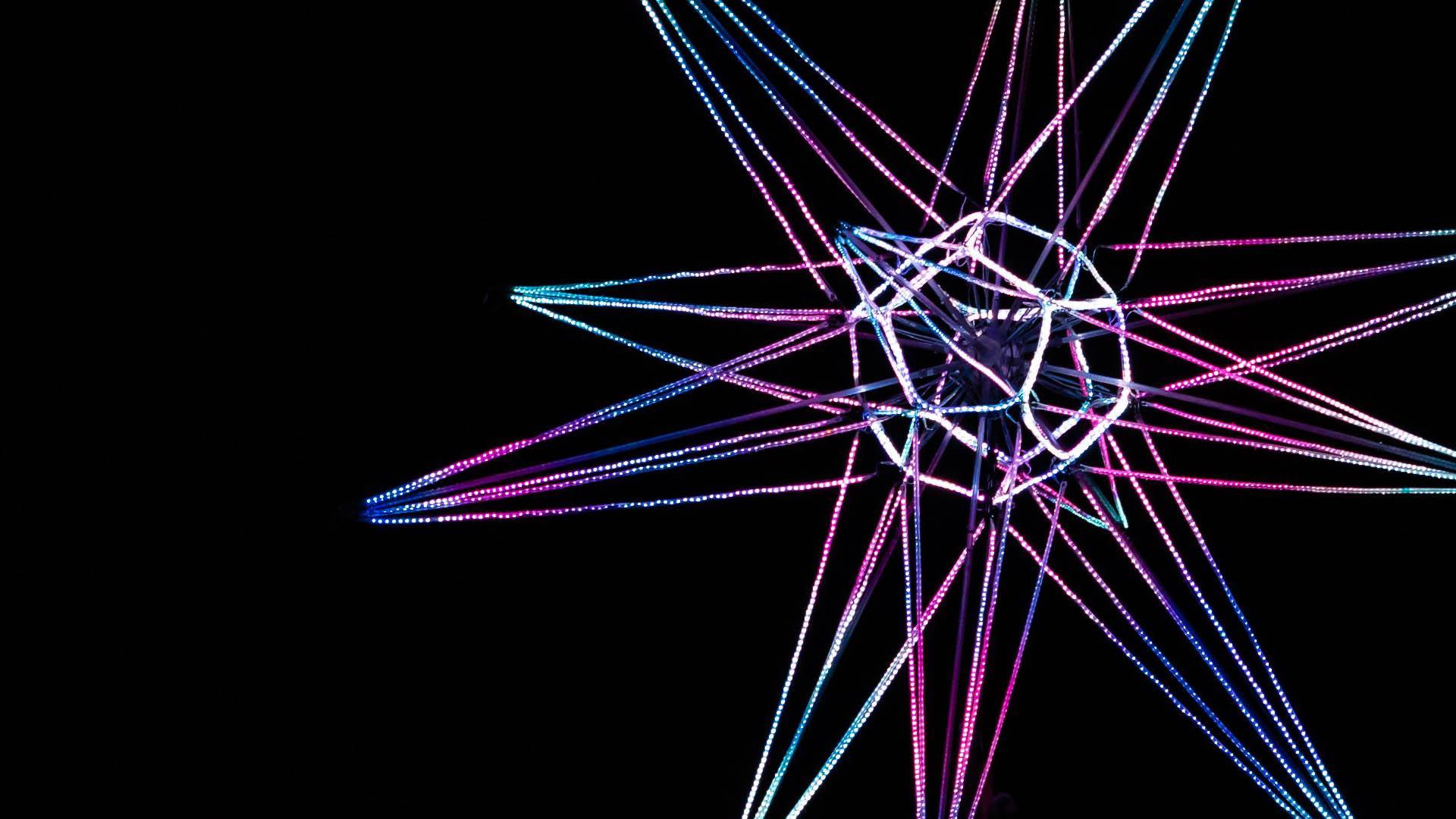 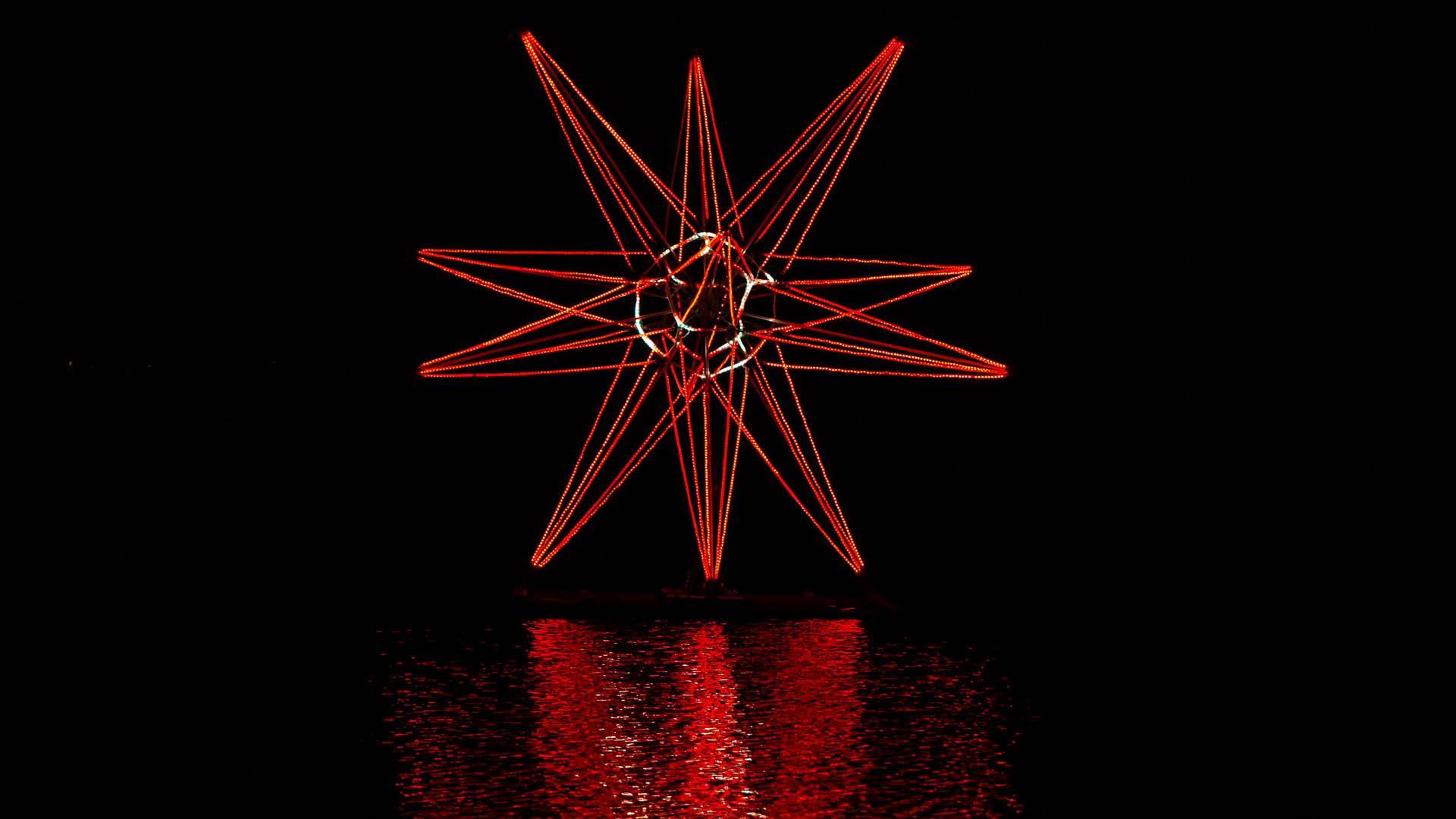 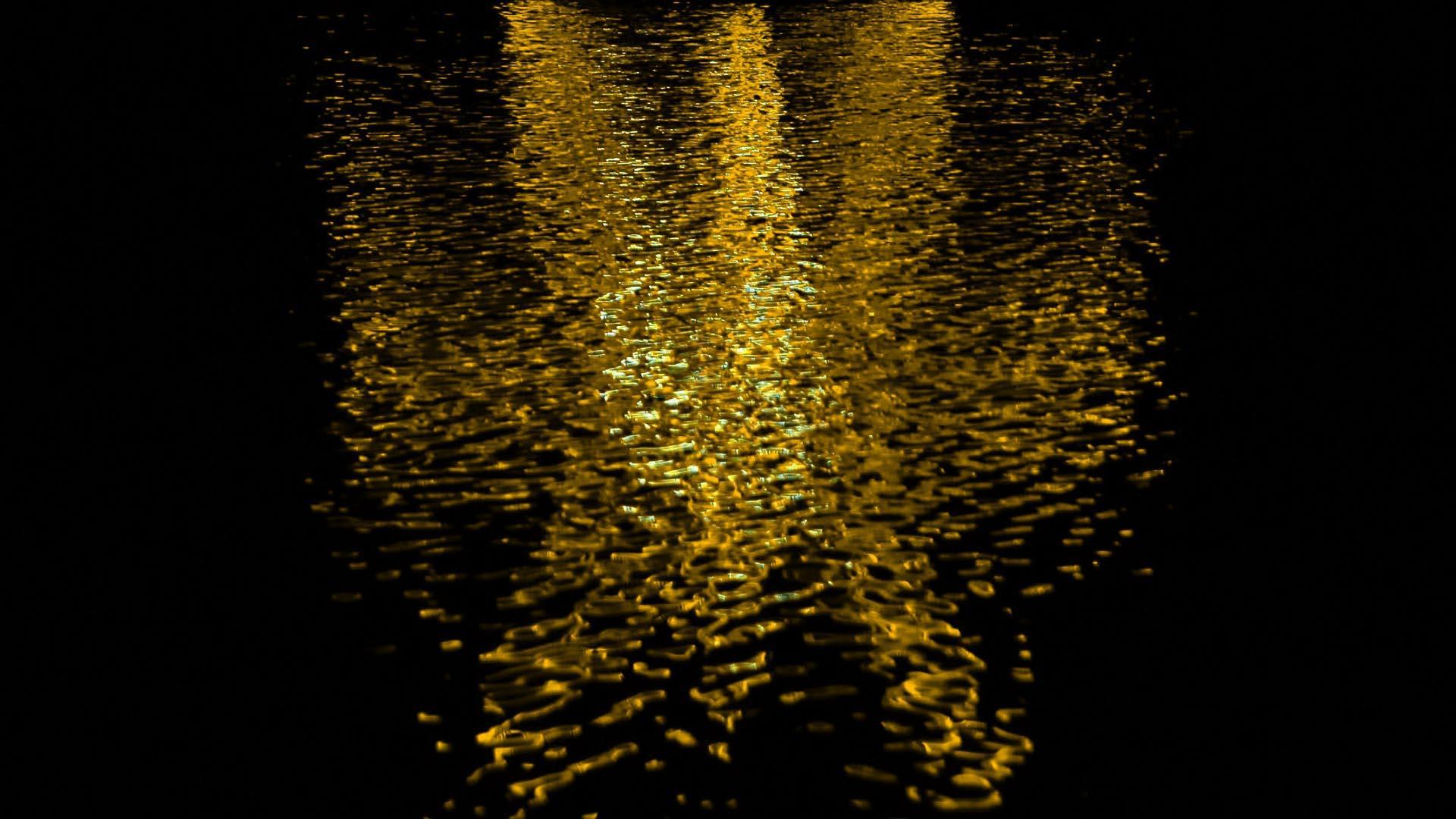 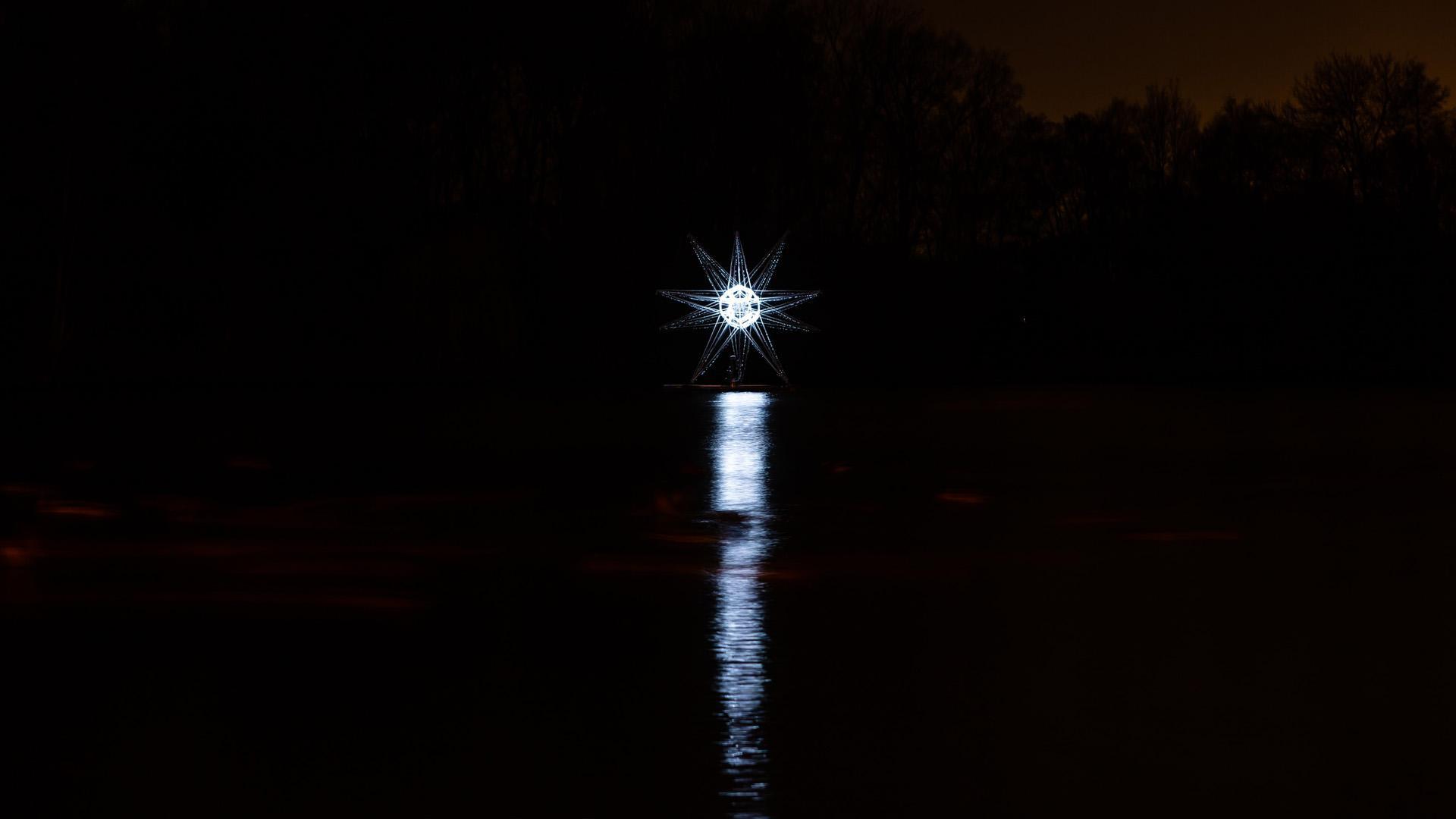 Chaos Engine is the taming of raw, chaotic creativity and a playground where light and movement is an integral part of the process. Artistic engineering based on a fundamental research in the intersection between materials and philosophy.

Light, Sculpture and Movement are keywords for Chaos Engine, and if an installation might be static in structure, the process is always dynamic. Playful thought experiments distilled into concrete visual outputs is descriptive of Chaos Engine.

Back in 2017, Chaos Engine were commissioned to create a Christmas tree which was to stand on a silo in the Odense Harbour in Denmark. However, after giving it some thought, they realised that a star would be a much better alternative, due to the already countless amounts of Christmas trees throughout Denmark. Thankfully their client agreed, and a star was born!

The star was constructed from 200m of steel wire. and 12 aluminium tubes running outwards from a stainless-steel core. LED RGB tape was attached to the tubes, which were controlled by an ENTTEC Storm 24. The Storm 24 is a powerful Ethernet to DMX converter, which can handle large amounts of DMX over Gigabit Ethernet with ease, across 24 Universes, making it an ideal controller for projects such as this.

In the lead up to Christmas in 2018, the star was re-launched on a lake in Fruens Bøge, Denmark, lighting up a beautiful park. Who knows where it might end up next year? 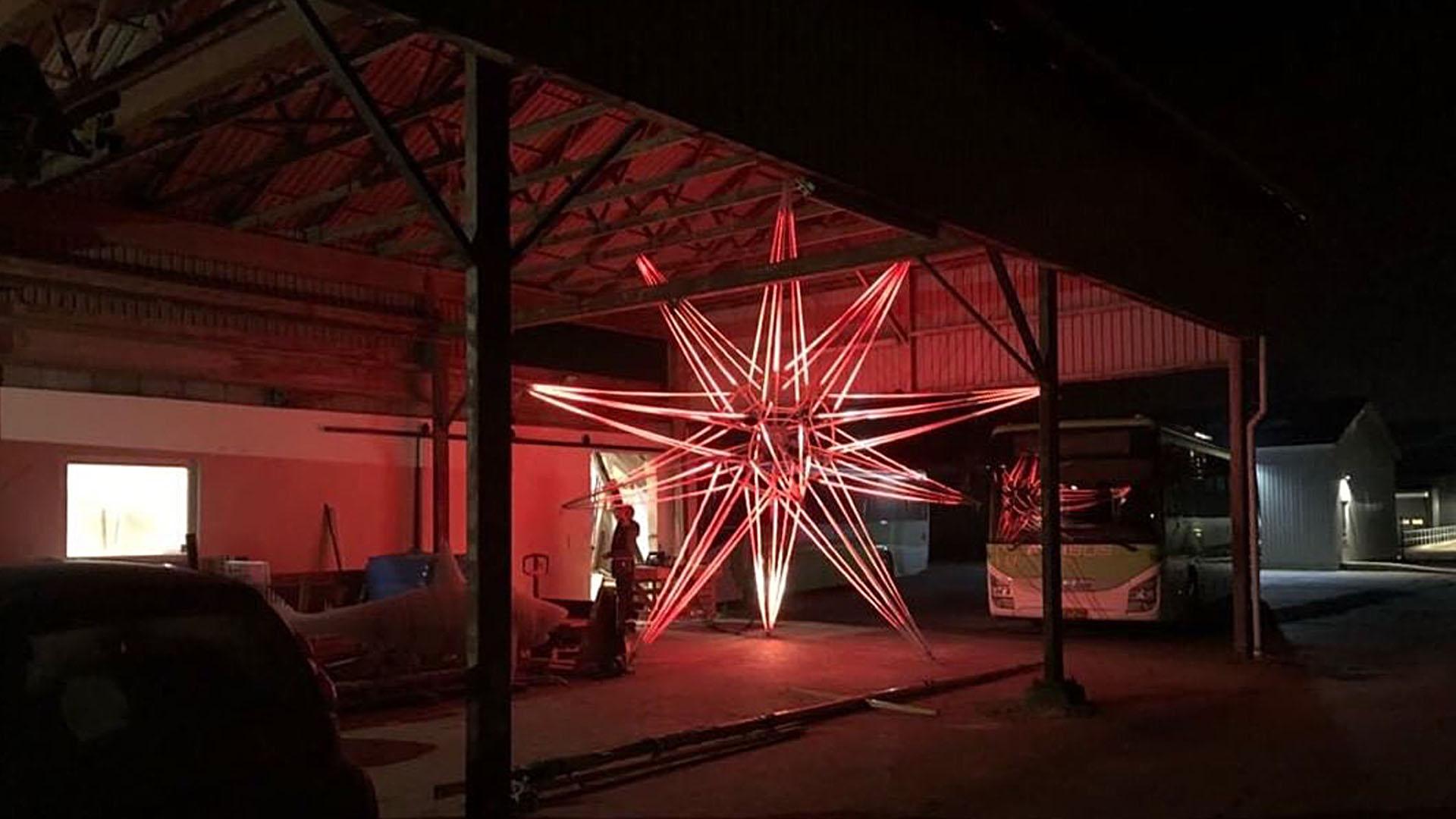 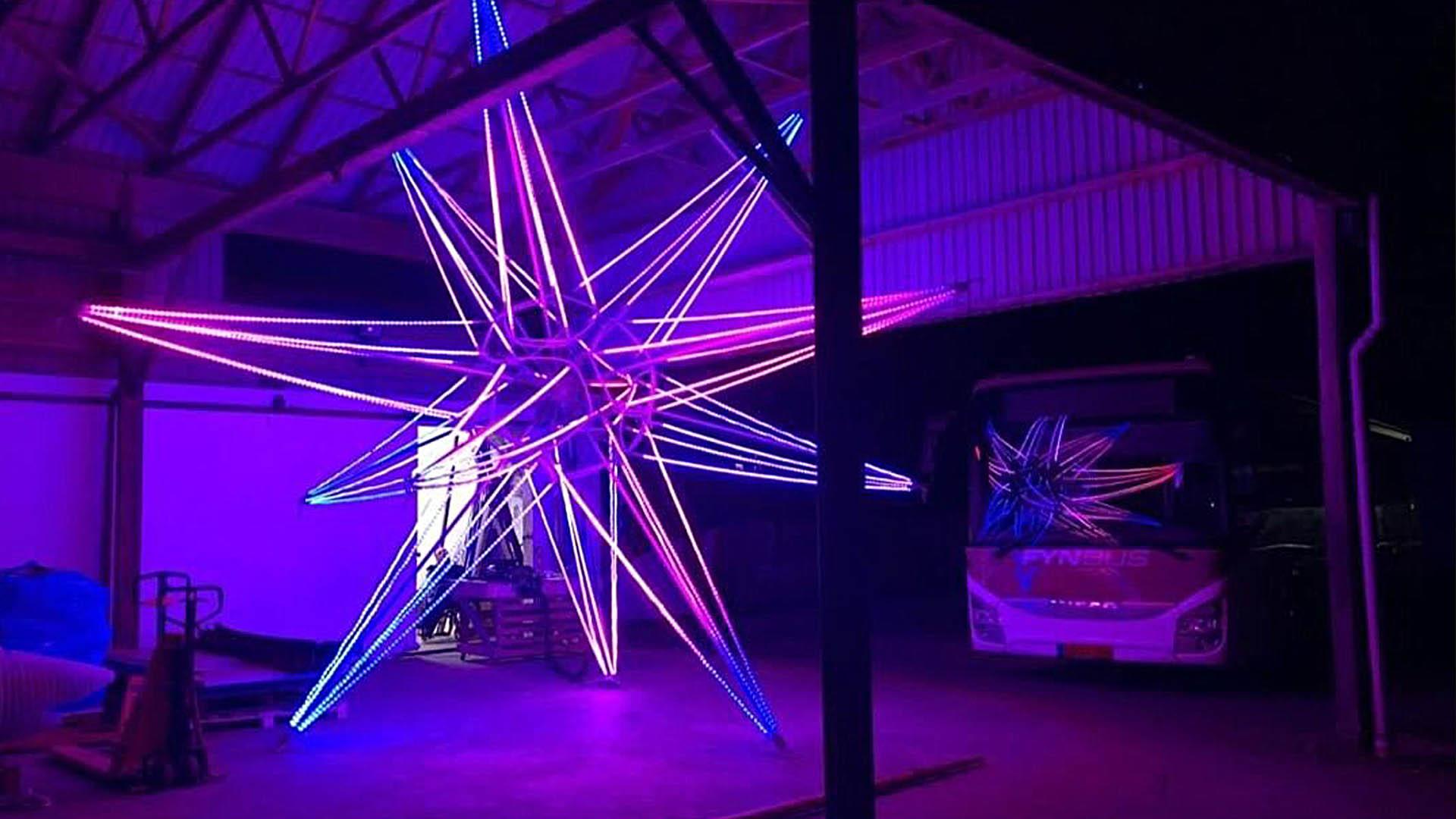 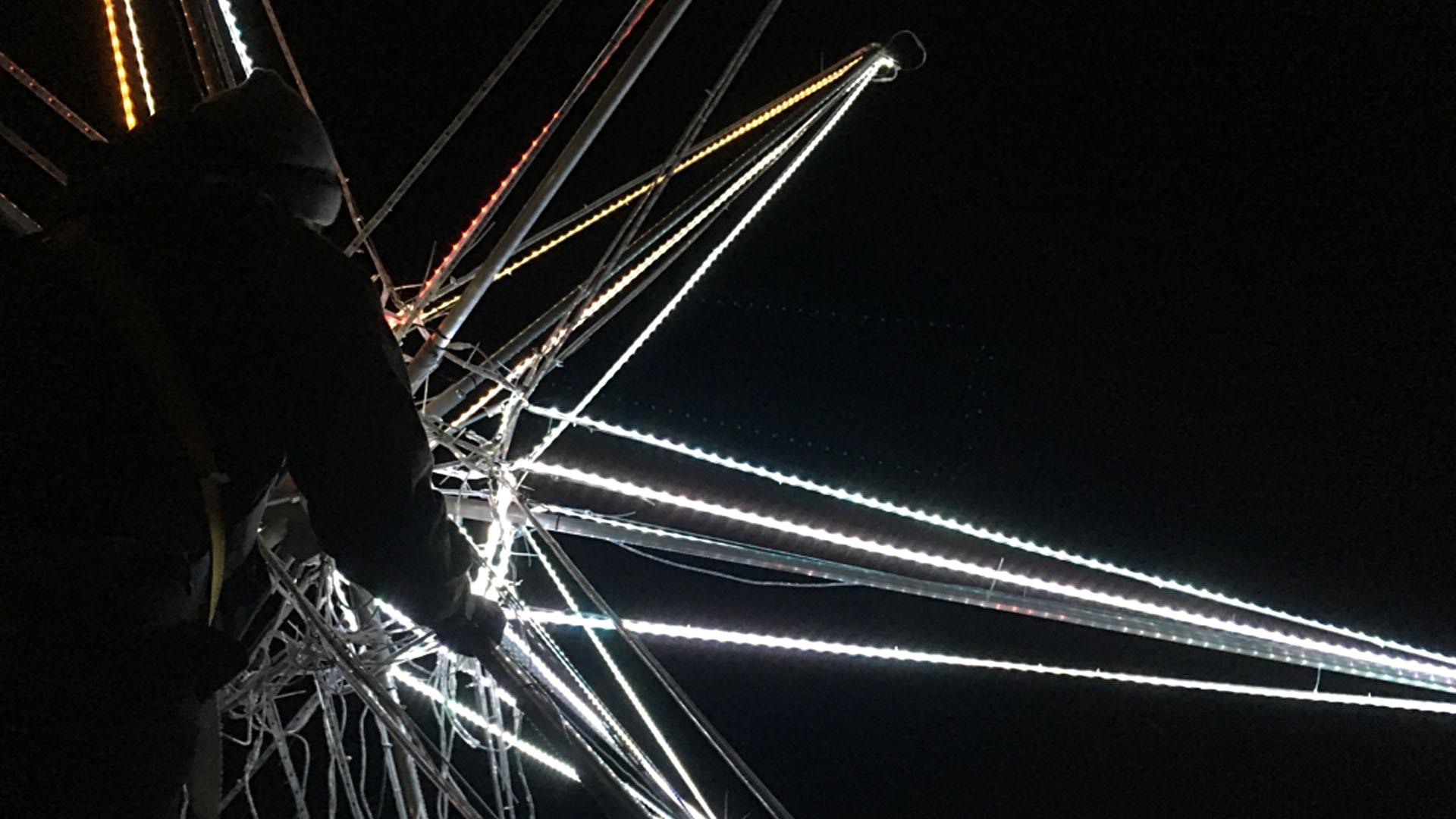 “Due to the harsh climate in the north, we are very dependent on the equipment we use being extremely solid. Our art installations often have to run around the clock for months and it is therefore important that we work with reliable hardware and software. So, our choices fall on the pioneers of computer-controlled light, ENTTEC.

Your products are extremely stable and easy to use. We have never experienced any problem.”

The ultimate, intuitive LED pixel mapping software solution. ENTTEC's ELM is the easiest and smartest way to convert your ideas into reality.

Need a high density Ethernet-DMX converter for your next pixel mapping project?